Written by Dan Doran
Updated over a week ago

One of the most challenging aspects of putting together a long-range / strategic plan is the balance of having aggressive goals vs. reasonable goals. This is especially true in the context of an exit plan. Based on our data, statistically, the value gap between current value and target value is .... well it's pretty darn big. Coupled with aggressive time requirements by founders the required growth rate to achieve those goals is often unachievable.

This creates a bit of a quandary: on one hand, goals should be aggressive. On the other, they have to at least be attainable. So how is one to know when we are in the Goldilocks Zone on a plan?

Our client Vito runs Pizza Kingdom- a 15 location regional chain of pizzerias in the Mid-Atlantic. Pizza Kingdom expanded for a number of years - often gobbling up competitors and capitalizing on brand awareness as locations grew. The last new location opened about 8 years ago. Vito is now 63 and getting to the point that he wants to start transitioning out of the day-to-day grind. He's made good money, he's been more successful than he'd ever imagined, and it's time to cash in his chips. He started that conversation with his financial advisor... and that's how he found himself on the Value Scout platform.

The last few years have seen revenues bounce around ever so slightly, but remain pretty strong at about $20M. 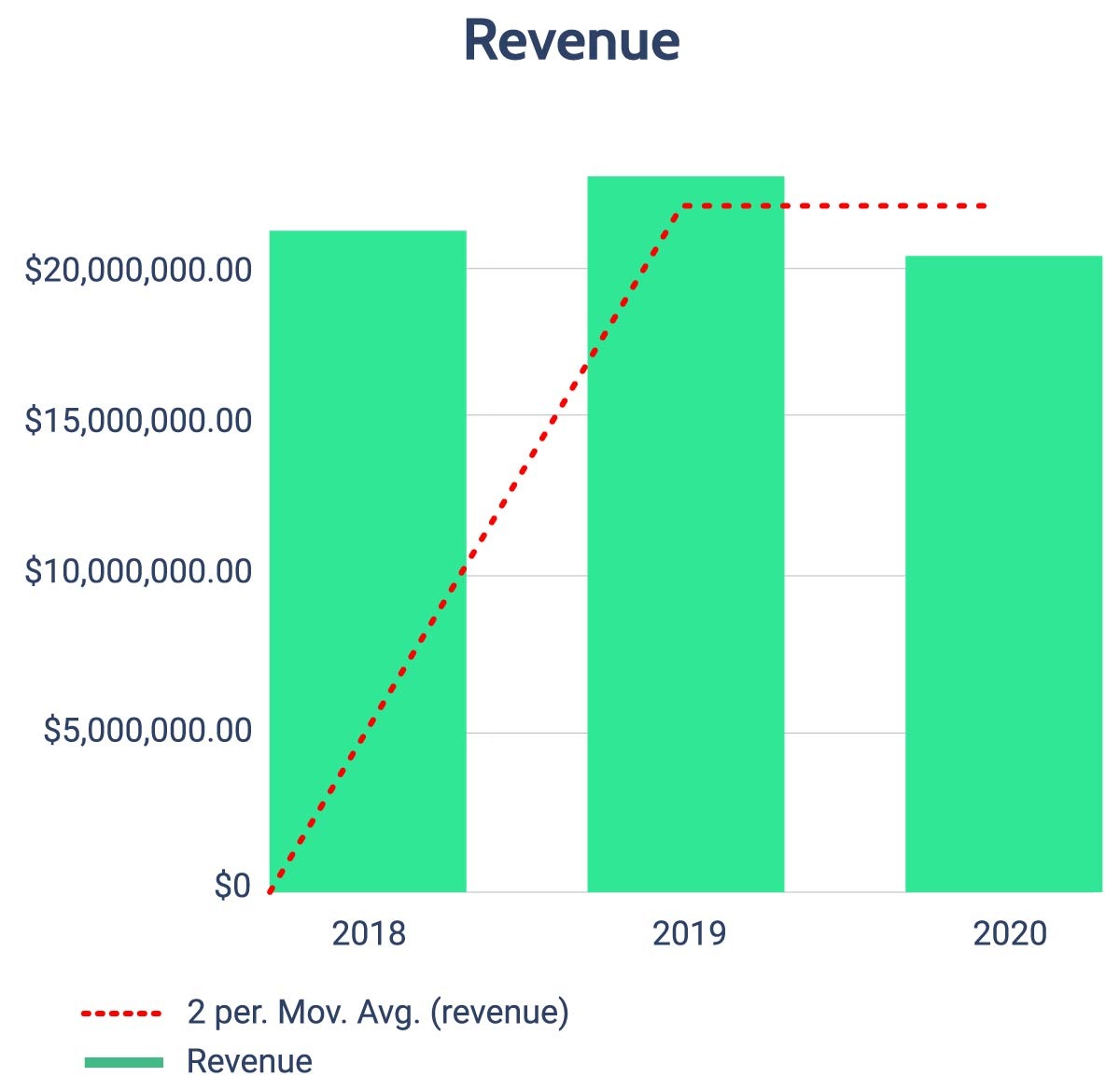 It turns out that- like many entrepreneurs - Vito has lived a very high quality of life off the considerable cashflow from Pizza Kingdom. The other side of the coin of course is that those dividends funded ongoing needs rather than investments. He's got about $10M in net assets currently, but after working with his financial advisor learns that he'll need about $25M to fund all of his retirement goals. He's assumed that he'd sell Pizza Kingdom to close that gap.... but after working through Value Scout's Value Assessment he learned that the Current Market Value is about $10M - or $6M after taxes.

So basically, we've got a Value Gap.

At a glance, it's obvious that Vito can't just sell and punch our today without drastically altering his goals. After thinking about it a bit Vito decides that he's willing to put in another 3-4 years to make this work and cut down the value gap. But is that realistic? Can we legitimately put together a plan that gets Vito there?

To start to wrap our arms around the situation we need to understand a few basic data points:

We use the Exit Modeler to explore this series of issues. Let's look at a series of scenarios and talk it through with Vito.

In the first scenario let's model in exactly what Vito wants- $25M in 4 years (I'm rounding up here... we could just as easily drop 3 in the model).

What are we seeing here? Well, that "Baseline Value" line is showing us what will happen in a "Do Nothing" scenario. Based on historical growth, where do we expect Pizza Kingdom to come in in 5 years? Since they aren't growing... basically they are going to be in exactly the same spot! No bueno, right?

This is important. This means that we either need to:

A) Change our Target Value

B) Change our Time to Exit, or

C) Do something different in order to grow value.

Now let's look at that red line. That's the growth curve Pizza Kindgom needs to hit to exit on Vito's preferred terms. Exit Modeler tells us that the Required Growth Rate ("RGR") is 26.9%. Pheeeeeewww! Compared to a flat historical CAGR that is some SERIOUS growth!

So this is our first trip wire. If a company has been plodding along with modest growth, what is the likelihood that they can suddenly achieve lift? I'd argue it's low. Think about it this way: sitting here today Pizza Kingdom has the same staff- CFO, VP Marketing, VP Sales. They have the same systems. Same locations. Same everything! Why on earth would we think that tomorrow we can start growing 26.9% when for the last umpteen years we've been growing at 0%?

With that in mind here are some very loose guidelines on what might be reasonable:

Check 2: What Are Our Growth Drivers?

Check 1 helps us understand in the broadest sense if the RGR is attainable. But let's get a little bit more tactical: if we can understand the Growth Drivers in this company we can start to make some deeper assessments on how realistic the RGR is.

Growth Drivers are the levers that we can pull to increase revenue in a company. The list of Drivers is pretty long and varied, but here are some examples to get you thinking:

How does understanding Growth Drivers help us? Here's how we might apply this concept to Pizza Kingdom.... First, the company's revenues are not at all driven by "sales people" right? Yes, the person working the cash register or your wait staff can help increase revenues at the margins... but we cannot simply add another cashier and increase revenues, right?

Likewise, we likely cannot materially move revenues by adding a product line. If Pizza Kingdom adds a menu item (I'm voting for a sub sandwich by the way), then will sales increase materially? Probably not. We are in the restaurant world, after all, where performance is often measured in Revenue Per Square Foot.

And there's our clue! If we want more revenue... we need to add more square feet. And really what we need to do is add additional locations! That's our #1 Growth Driver for Pizza Kingdom!

Wrapping it Up: Can Pizza Kingdom do This?

So let's take this home. Recall that Pizza Kingdom has 15 locations and generates about $20M in revenue (or $1.33M per store). AND the last time that Vito opened a new store was 8 years ago. We know that opening a new store takes a lot of effort... and that opening a lot of stories will take that much more.

In order to hit his $25M exit Vito needs to be generating around $42M in revenue in FY24. And to support that growth Vito is going to need to more than double his store count. Here's what that will look like:

Now I don't know Vito that well... but I strongly doubt that he's got what it takes to make this work.

I like to say "Hope is not a strategy." And trying to get Vito from here to $25M in 5 years feels like it's going to take a lot of hope. What we really need to do is work with Vito to dig deeper on these issues and hem in on something that is more likely to work. What's that look like? I don't know yet. We might need to move out the timeline a bit. We may need to look at an acquisition or two. It might make sense to look at that menu and see if we can increase revenue per store. Everything is on the table at this point.

The bottom line, though, is that we have to help Vito see these options very clearly.... and not use hope as a strategy.

Firm up a long-range plan and start to get tactical with an annual operating plan!

Did this answer your question?